So after reading about EVO RAIL, I had to go and see what all the fuss was all about and I am pleased to say its awesome. a great idea which works !

So what is EVO Rail ….. ? well Simplicity is the opposite to complexity and EVO RAIL removes complexity . What do I mean by that ? VMware has combined VMware Compute, Networking and Storage resources into what we like to call a hyper-converged infrastructure appliance that is simple, easy to deploy and offers an all in one solution.

The Deployment of VMware infrastructure traditionally takes hours/days for the setup of hardware, software installation, and scripting before virtual machines can be deployed. EVO RAIL Deployments go from initial Power on to virtual creation in Minutes. I took the challenge and managed to deploy 4 Hosts in a single appliance in under 20 Mins, that’s including having a casual chat with the EVO Team.

What Comes with EVO RAIL:

So Why would you want use EVO RAIL ?

Well … EVO RAIL integrate both software and hardware resiliency to ensure you have no application downtime (Zero) during planned maintenance or during hardware failure.

What can you Use EVO RAIL For ?

Server or VDI … this is a pay as you grow model allowing IT to build an environment over time. This reduces OpEx so that your business can focus on strategic initiatives, applications and business growth.

Who or how do I by the solution ?

EVO RAIL has a number of Hardware Partners who provide a EVO RAIL appliance.

The Appliance is a 2u 4-node x86 server system with the following specs:

Four independent nodes sharing power from dual-redundant power supplies, the appliance can scale to up to 4 appliances, that’s sixteen nodes.

The specs are for on average 100 general purpose virtual machines with a VM profile of 2 vCPU, 4GB RAM and 60GB vDisk with redundancy.

You can also have upto 250 Hozon View virtual Desktops, with a desktop profile of 2 vCPU, 2GB RAM and 32GB vDisk with linked clone. 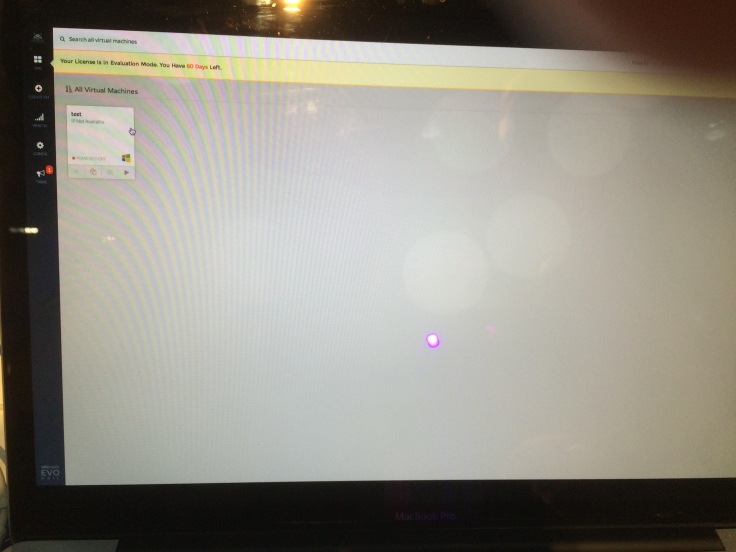