So as most of us know, Microsoft have released a Technical Preview of the Future release of Windows Server (10). I am in the process of testing out some of the new features but would like to share what I have found.

So what is new in the RDS Space:

Support for engineering applications with OpenGL and OpenCL

So Microsoft have previously worked on optimising RemoteFX Graphics implementation around the end user experience. In this Technical Preview, Microsoft have optimised RemoteFX capabilities that improve a VDI Experience and support OpenGL and higher Memory.

So what’s been done:

I have started to build a Lab environment up with the future RDS and can say a lot of the current features have not changed.

However I have found the following two new group Policies: 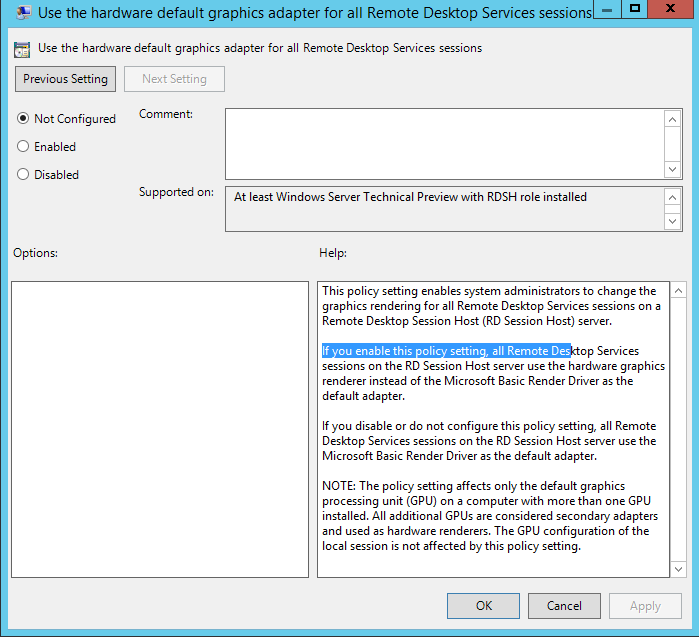 This policy has been created for Session Based Deployments, and as it says on the tin….. allows you to use the Hardware Graphics render rather than Microsoft’s Software render as default. 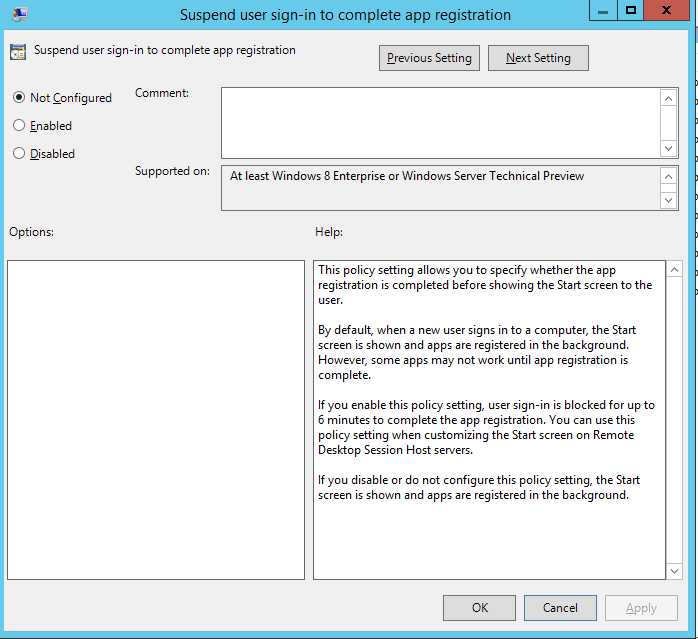 This is a useful for all those how have had issues with app registration delays in completion. This group policy suspends user sign-in for up to 6 mins to complete the app registration.